Stuff they don't talk about in Sunday School
21 Comments 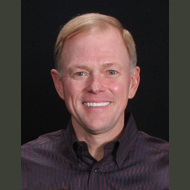 I was pleased to attend a book signing at Pioneer Book in Orem, Utah Saturday night. Brian Hales has put together a new comprehensive set of 3 volumes concerning the theology and history of polygamy in the early church. Initially the book was over 1000 pages, so the editors at Greg Kofford Books asked if he could split up the information into 3 volumes: Volumes 1 and 2 document every known reference to polygamy, and Volume 3 discusses the theology of polygamy. Don Bradley was also on hand to answer questions; Brian hired Don to do research for him at the LDS History library.

Brian said that Volume 3 (the smallest and least expensive volume) might be the best one to read first.  He said that nobody has fully considered the theology, and this is probably the biggest contribution to the study of polygamy.  Volumes 1 and 2 discuss various aspects of polygamy, and it was fun to ask Brian and Don questions.  (Volume 2 also contains an index of volumes 1 and 2 that is very valuable to looking up information.)

The most controversial aspect of early polygamy was the fact that Joseph was sealed to wives of other men.  Hales stated that of the 14 women currently married to other men (known as polyandrous sealings), 11 were “eternity only” sealings.  These women were married to non-Mormons and Hales believes there is no evidence of any sexual relations between these women and Joseph Smith.  Hales believes that there were no sexual relations between the other 3 women who were married to LDS husbands.

Hales has often stated that even though these 14 sealings are strange, none of the men complained about the sealings.  As a follow up question, I asked Brian specifically about the relationship between Joseph Smith and Sarah Pratt, wife of Orson Pratt. It was my understanding that Joseph sent Orson on a mission and then was secretly sealed to Sarah.  Upon Orson’s return, he was upset with Joseph and Sarah; Orson and Sarah later divorced, though Orson did later embrace polygamy.

Hales indicated that he covers that information extensively in his book, and he does not believe that Sarah was sealed to Joseph; rather Hales believes that Sarah had a sexual relationship with John C. Bennett, the former mayor of Nauvoo and member of the First Presidency.  Bennett was later excommunicated for unauthorized polygamy, and became a bitter anti-Mormon.  (Some believe Bennett may have organized the mob that killed Joseph in Carthage.)  Hales does not count Sarah in his list of 14 women married to other men but sealed to Joseph.  As I reviewed Bushman’s Rough Stone Rolling (pages 466-468), Bushman states the controversy but does not seem to take a position on the issue.

Concerning the theology, Hales stated that Joseph’s theology only permits a polygyny (one husband, multiple wives), not polyandry (one wife, multiple husbands).  There is a rumor that Joseph offered Emma another husband (William Law) and a veiled reference in D&C 132:51

Verily, I say unto you: A commandment I give unto mine handmaid, Emma Smith, your wife, whom I have given unto you, that she stay herself and partake not of that which I commanded you to offer unto her; for I did it, saith the Lord, to aprove you all, as I did Abraham, and that I might require an offering at your hand, by covenant and sacrifice.

Hales said that there is some evidence that Emma was so upset about these sealings that she was threatening a divorce and asked Joseph to divide up the property in anticipation of a separation and divorce.  Hales said that there is no evidence to suggest that William Law was ever offered to her despite the rumors.  (William was strongly against polygamy and became one of the editors of The Expositor, the newspaper that Joseph destroyed just prior to his death.) 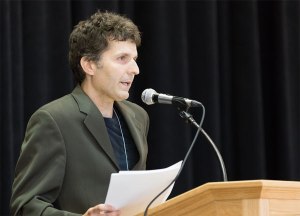 Don Bradley gave some interesting insights into the Fanny Alger “affair.”  There is a famous quote by Oliver Cowdery that Joseph had engaged in “a filthy, nasty, affair” with Fanny Alger. Bradley examined the letter, and noticed that the word “affair” had been written over another word “scrape”, so the phrase would have originally been “A filthy, nasty scrape.”  Looking up the words affair and scrape in a 19th century dictionary does not give the same meaning that we think of when we think of affair.  According to Bradley, Cowdery may have simply felt that a polygamous marriage was not legitimate, and may not have accepted Joseph’s explanations that it was a legitimate marriage.

Bradley stated that Alger may have been pregnant; when Emma discovered this, she threw Fanny out of  the house. (Fanny had been a domestic servant in the Smith household.)  Many have questioned whether the sealing to Alger was a legitimate polygamous sealing, or Joseph’s clumsy attempt to cover over a sexual affair. In a previous Sunstone presentation, Bradley stated that he thinks Emma discovered Fanny’s pregnancy in 1835 in Kirtland.  Bradley believes that if Fanny was pregnant, the baby did not survive.  Fanny left Kirtland quickly and went on to marry a non-member in Indiana.

The first time Fanny was listed as a wife of Joseph Smith was on a list compiled by early Church Historian Andrew Jensen (he served 1886-1899.)  Because of Bradley’s work as an intern in the LDS History Library, he looked at the list and noted that the handwriting for the list of Joseph’s wives was very similar to Eliza R. Snow’s handwriting.  Snow was also living in the Smith home with Fanny Alger (and Snow was also a plural wife of Joseph.)  Eliza would have been well positioned to know about Fanny and it seems likely that Jensen’s list was actually composed by Snow.

Someone asked if there was any evidence of a child of Joseph to a plural wife.  Hales also said there is evidence of Joseph’s offspring from one of these wives, but I didn’t take notes, so I hope that Hales drops by to add any other information.  I wish I could have had Brian and Don sign my book, but I bought in on Amazon (it’s actually less than wholesale there), and it hasn’t arrived yet.  (I should get it this week.)  I’ll have to get them to sign it at the MHA convention this summer!

Bradley always gives entertaining presentations.  I got a chuckle when he said that the reason why he and Brian had time to research polygamy was because they both practiced “zero-gamy.” (Neither one of them is married.)  It was a real fun night, and if any of you have the chance to hear either of these men speak, I encourage you to take the opportunity.  Both are engaging speakers.

What are your thoughts?