Stuff they don't talk about in Sunday School
10 Comments

I am active in the LDS church. This is a place to talk about the “meat” of the gospel and not just the “milk.” I want to be able to ask thoughtful (some might say provocative) questions, and not worry about damaging someone else’s faith or testimony. I certainly don’t have all the answers, and welcome those of you who can fill in some answers for me regardless of your religious affiliation. This blog will hopefully be a thoughtful and respectful forum. 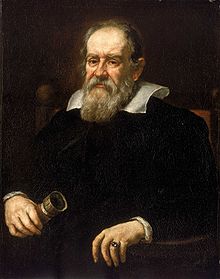 Some have wondered why I call myself a heretic.  I have 2 reasons.

Heresy is a controversial or novel change to a system of beliefs, especially a religion, that conflicts with established dogma.[1] It is distinct from apostasy, which is the formal denunciation of one’s religion, principles or cause,[2] and blasphemy, which is irreverence toward religion.[3] The founder or leader of a heretical movement is called a heresiarch, while individuals who espouse heresy or commit heresy, are known as heretics….Heretics usually do not perceive their own beliefs as heretical.

I see Abraham, Jesus, Joseph Smith, and Galileo as not only heretics, but probably a group of heresiarchs (Galileo is a stretch.)  These are the people I would like to emulate because I view them as “good heretics.”  I’m just trying to be a heretic like Jesus!

In February 2009, I was asked to be a permablogger over at Mormon Matters, so you can see some of my posts there as well.   (Unfortunately, many of the comments are no longer available.)  In October 2010, a group of bloggers left Mormon Matters and formed the new blog Wheat and Tares.  I currently blog there as well.  I am also active in the History and Doctrine forum at StayLDS. Â I’ve listed most of my other posts here.  (There is also a link at the top of the page.)

If you would like to contact me privately, send an email to mormon heretic at gmail dot com.